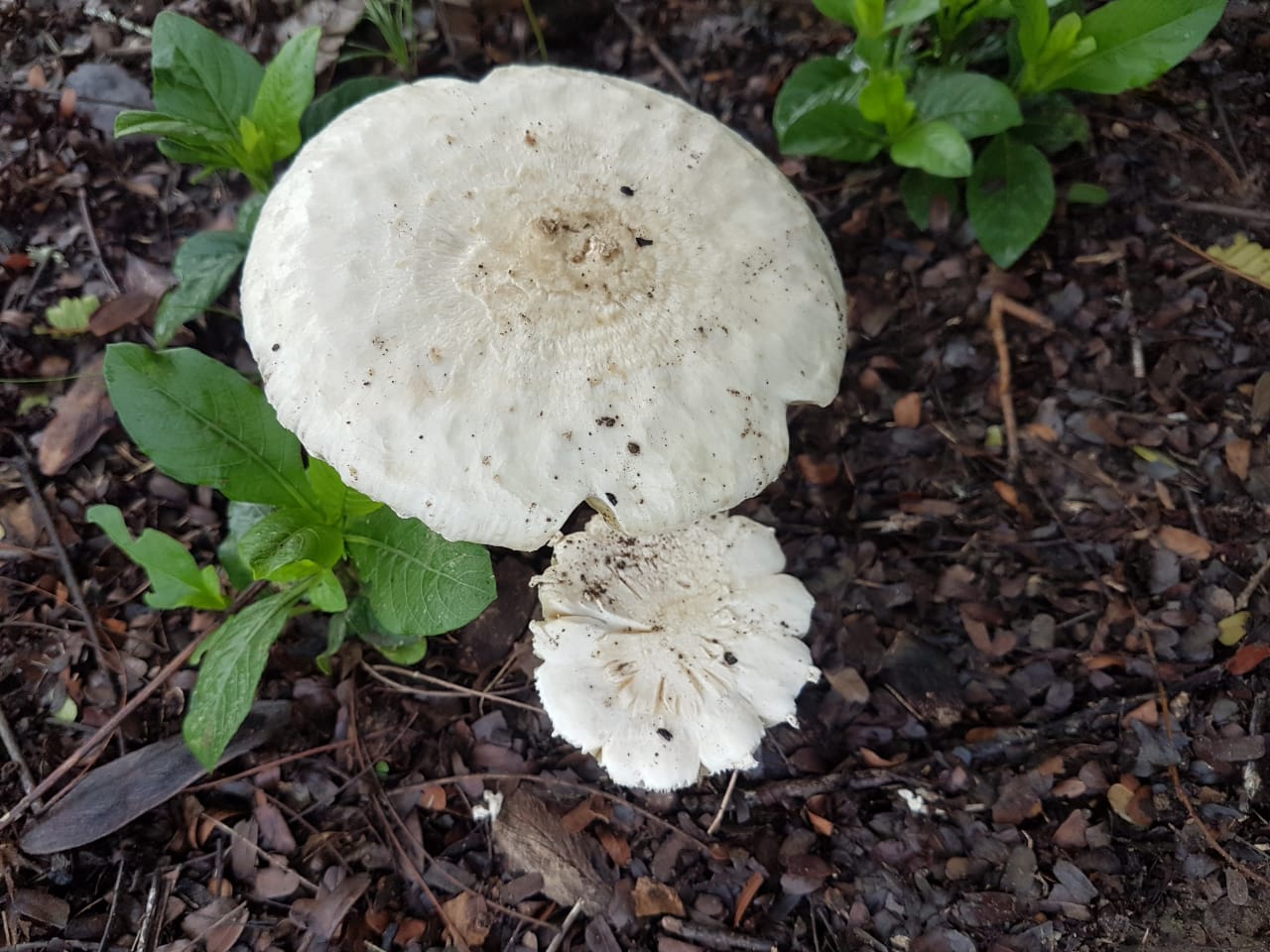 When the rains begin, I’m usually delighted to see these white, wild mushrooms spring up in the yard out of nowhere. There’s something magical about these little umbrellas appearing overnight, without any trace of them ever being there the day before. I’ve seen them scattered around in the previous years, but because they don’t last very long and spring up once a year, we completely forget about them until they reappear and peak our interests again.

There’s no need to wonder how they became the subject of many fairy tales and/or folklores from different cultures across the world. Imagine a bunch of munchkins from a couple hundred years ago, with little to no education, waking up one morning to find these brilliant, palm-sized objects near their homes? To them, this would have been sudden, new, unexplainable, and therefore magical!

What is most fascinating about them is how they came to be. Why didn’t we see signs of them in the weeks or days leading up to their first sighting? Although small to our giant world, they have quite a significant size and abundance, considering their overnight growth spurt. The answer lies in the life cycle of the shroom.

These odd, architectural structures are actually the fruits of mycelium, which is a mass network of thread-like hyphae that lives in the soil [1]. When a mushroom pops up, it means the mycelium is ready to release spores in order to carry on its genetic lineage. Afterall, it is every living creature’s basic instinct to ensure the continuation of its species.

The spores can range from 4 to over 20 microns in size, where one micron is equivalent to one millionth of a meter (0.000001 m or 0.000039 in.) [2]. When a spore (carrying half of the parental genes) lands in a suitable environment, it germinates into a hypha and grows throughout the medium in search for a partner to complete the genetic configuration. Once this happens, the two hyphae then develop into a dense network that grows and produces mushrooms, and in some cases form fairy rings [3].

It’s amazing how a tiny spore (measuring 9 microns in length) can grow and spread into a massive network hidden beneath the soil; only to be recognised by mushrooms with caps that can span 0.10 m in diameter. This particular mushroom is an estimated 11,111 times larger than the original spore [4].

All of this made me think about how a story of 100,000 plus words can grow from one tiny moment of inspiration, occuring in one tiny moment. The project I’m currently working on is based on a random scene that played out in my mind five years ago.

[“S.O.R.A!” He whispered harshly, quickly leading his brother down the fire escape that crawled all the way up the side of the building. They sought cover in the shadows of a hungry hole in the side of a forgotten apartment and waited.

They were roaming the upper-northern outskirts of the community that night, looking for nothing in particular. It was only for the sake of being in their own skins, free, an uncommon thing. This night however, S.O.R.A’s Operatives were on the prowl, and the siblings were down in numbers by two.

The youngest had his back pressed to the wall, nunchaku ready in his palms, and he listened to the whirring hum of the approaching craft. His eyes were focused on the black nothingness of the inner apartment, waiting for the seeker-lights to land on it. This way he would know when they have arrived.]

That scene was my raw and incomplete spore without any grammatical correction or revision. Obviously after five years of dormant simmering, the story has changed directions and the characters all have different names, ages and genders. Change is growth.

Where does your inspiration come from?